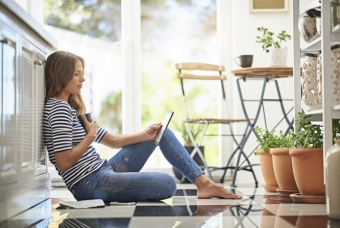 You may have recently received documents from Chieftain Insurance, with a price increase and what looks like a coverage change for sewer backup on your home insurance policy. The change is less impactful than it might appear...

The change is less impactful than it might appear to be (especially for the majority of our Chieftain clients who live in the Burlington, Oakville, Ontario area).

Part of the puzzle when companies generate home insurance pricing is a territory. I.e. if you are in an area that gets lots of rain and the sloping of land does not drain this water well, or there are major rivers or bodies of water around you that could overflow, this territory will be expensive for sewer backup coverage. Just the same as if statistically, lots of robberies happen in your area, the premium for theft coverage will be higher in your area.

Chieftain has just completed some ‘remapping’ of their territories with the most recent data they have available. With this remapping, some areas that were cheap for sewer backup (SBU), are now more expensive for the coverage. This is where a lot of pricing changes are coming from.

It isn’t necessarily that your coverage has changed; it is that the same coverage is now more expensive to have. When you look at your policy documents, besides ‘sewer backup’ it probably says ‘included’. This means there is not a limit of $25k to $100k. Other policies will have a dollar amount by sewer backup, indicating that this coverage is limited.

Another important point is the change to the ‘wordings’ of your policy;

Chieftain has now excluded sewer back up claims caused by the flood. This is not new. Flood is very specifically defined as the overflowing of lakes or rivers.

Where there was a area, was the fact that sewer backup is covered, but the flood isn’t; what happens if the sewer backup was caused by a flood? It used to be a discretionary decision, and now it is cut and dry (no pun intended). SBU caused by flood is not covered. The majority of SBU claims caused by the flood were not covered anyway, but it was never in writing that it was excluded. Chieftain has made this update in writing only, it has already been so in practice.

The bright side? As a Chieftain client, you have been an elite group of insureds and have benefited from superior coverage and lower rates than any other insurance company could offer you.

Moving forward, even with the price increase the vast majority of Chieftain clients are still receiving more coverage less cost when compared to other insurance providers.

What Our Clients Say

New On The Blog

COVID-19 and Your Auto Insurance

Insurance can be tricky. Let our insurance experts walk you through the ins and outs before you buy.